Governor's Awards for Excellence in the Arts 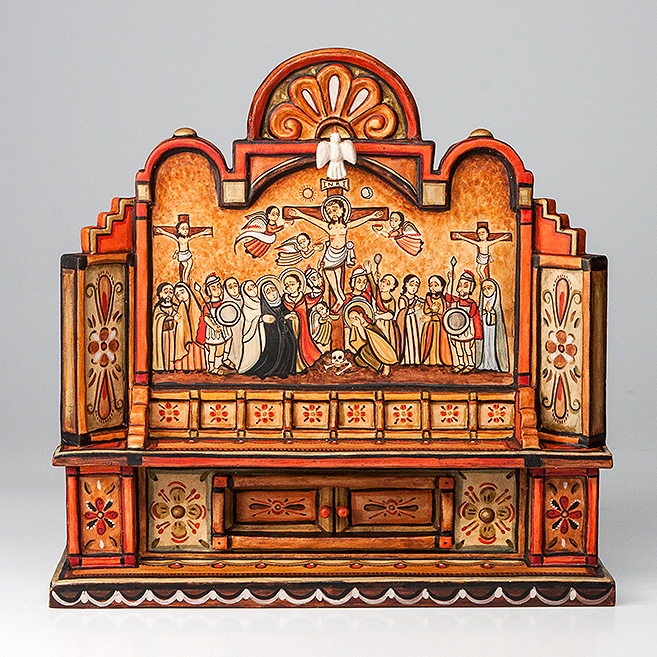 Established in 1974 by Governor Bruce King and First Lady Alice King, the Governor's Arts Awards celebrate the role that artists, craftspeople, and arts supporters play in the cultural and economic life of New Mexico. The awards are given to living artists and arts supporters who have demonstrated extraordinary achievement in their art form or contributions to the arts in New Mexico. During its over forty-year existence, a diverse and prestigious list of painters, weavers, sculptors, dancers, musicians, storyteller, poets, actors, playwrights, potters, and other outstanding individuals and organizations have been honored. Nominations for the awards are invited each year from arts groups and individuals. All nominations are reviewed by a committee of the New Mexico Arts Commission, which sends its recommendations to the full commission and to the governor. The Governor's Awards for Excellence in the Arts continue to evolve with the ever-changing arts world so that the impact and relevance of the awards persist.

The 2020 Governor's Arts Awards reception and ceremony will take place at the New Mexico Museum of Art in September.

Note: Nomination deadline for the 2020 Governor's Awards for Excellence in the Arts has been extended to May 30, 2020.

To nominate an individual artist or a major contributor to the arts, select the fillable nomination formPDF File.

To re-nominate an individual artist or a major contributor to the arts, simply download and fill out a current nomination form, submit updates with a new nomination letter or addendum. Please contact New Mexico Arts to check if nomination materials are still on file before submitting. It is not unusual for a nominee to be nominated several times before being awarded a Governor's Arts Award for Excellence in the Arts. However, not every individual nominated will receive an award.